David C. Stewart was born in 1945 in Ayr on the west coast of Scotland and began his training with William Grant & Sons in 1962 at the age of 17. The company was already running the GLENFIDDICH and THE BELVENIE whisky distilleries, where David worked when he was needed.

His training as a Malt Master lasted 12 years, during which he learned to smell and mix the best quality Scotch Whisky. In 1974, David was appointed Malt Master by William Grant & Sons. His loyalty to the profession to this day makes him the longest-serving Malt Master of all Scotch Whisky distilleries.

During his more than 50 years with William Grant & Sons, David has developed a range of award-winning single malts and blends that have earned him some of the industry’s most prestigious awards. His skill and awards have helped the William Grant & Sons Distillery win five International Spirits Challenge (ISC) Distiller of the Year awards, four International Wine and Spirit Competition (IWSC) awards and the World Whiskeys Awards for the first time in 2011.

One of his most important achievements was in 1980, when he developed a ripening process for two barrels that was not yet known at the time. This technique, established since then, is now known as “finishing” and is used, among other things, in the best-selling Scotch whisky “The Balvenie DoubleWood 12 Year Old”.

David’s introduction of the Glenfiddich Solera Reserve 15 Year Old was also the first and only single malt to use the innovative Solera ripening process.

As a master blender at THE BALVENIE, he developed the world’s first blends to ripen in ale and sherry barrels to bottling. His passion for the art of blending also contributed to Grant’s Family Reserve, the third largest Scotch whisky in the world, being internationally recognized as one of the best blends in the world.

David officially handed over his position as Glenfiddich Malt Master and Grants Master Blender to Brian Kinsman in 2009 after working closely with him for nearly a decade. He himself remains an integral part of the William Grant & Sons family, but dedicates himself to the role of Malt Master at the prestigious THE BALVENIE Distillery in Dufftown. David’s pioneering spirit and commitment to his craft, coupled with his modest, inconspicuous manner, have made him one of the most popular and respected malt masters in the industry. 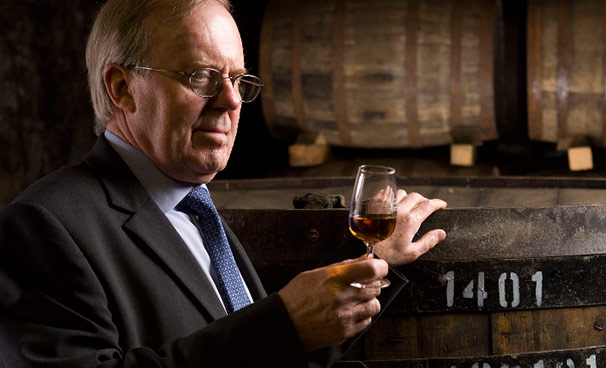 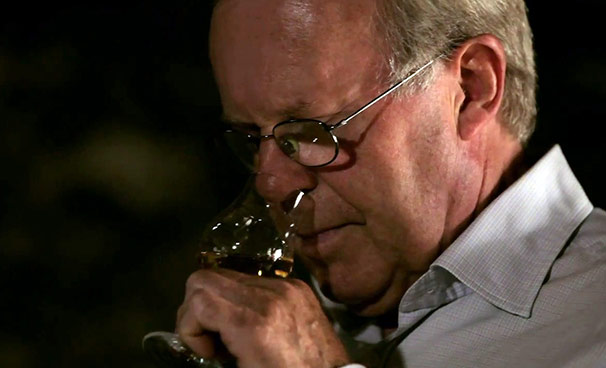 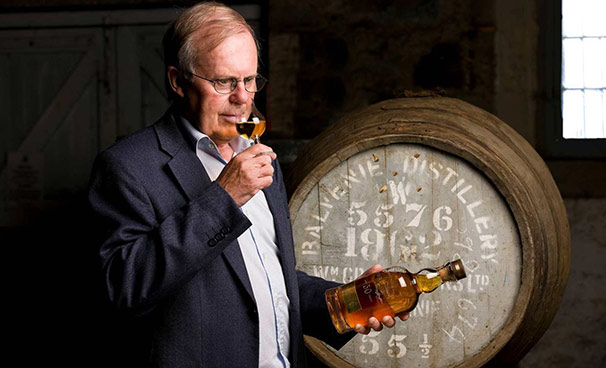 I STARTED MY CAREER IN 1962 AS A WHISKY WAREHOUSE MANAGER AND DIDN’T EXPECT TO BECOME A MALT MASTER.

David has dedicated well over 50 years of his life to the Scottish whisky industry. His pioneering techniques have profoundly influenced the production methods used today. Known for his groundbreaking work, particularly in the field of barrel finishing for The Balvenie, he has developed a range of award-winning whiskies that are valued and loved by whisky connoisseurs around the world.

In 2016, Her Majesty the Queen awarded David an MBE.

As the longest serving malt master in the Scottish whisky industry, no one knows whisky as well as David C Stewart. He decides which barrels can be bottled after 12 years, which spirits are preferably stored in oak, or which are suitable for ageing for 21, 30 or more years. These decisions require an exceptional olfactory ability, because the nose of the Malt Master is ultimately the decisive factor.

AN ANCIENT ABILITY THAT IS PASSED ON BY HAND.

His knowledge and nose give him a sixth sense of how each barrel will mature. This goes so far that he can imagine every taste of a THE BALVENIE and formulate it clearly long before it is actually ripe. The Malt Master training takes up to 12 years – so patience is one of the basic requirements for anyone who wants to learn this profession. And a high degree of curiosity! Because even in the old brewing traditions there is still plenty of scope to discover new things. 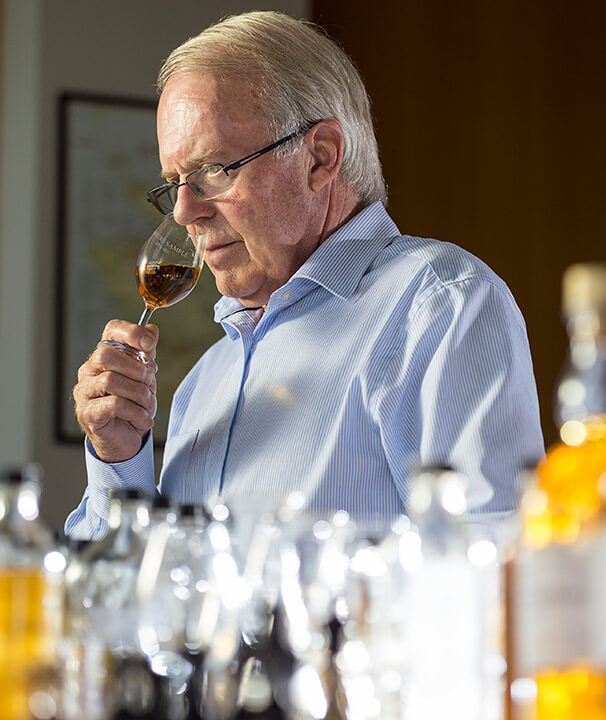 Only after I started to interpret the smell of whisky correctly, I reached the decisive turning point. From there, I began to understand how whiskey is made, how it matures, how it develops and what different qualities all Scottish malts have.

David’s extraordinary nose gives him a sixth sense of how each barrel will mature.

Under the name THE BALVENIE DCS COMPEDIUM, Malt Master David C Stewart has created a collection of rarities, which has been expanded annually by 1 chapter since 2015. The 5th and last DCS Chapter will be released at the end of 2019. The 25 single Cask Whisky series reflects the life’s work of the experienced David C Stewart and is at the same time a homage to the history of the distillery in the Scottish town of Dufftown.

In keeping with the 25 exclusive and very rare Scotch Whisky rarities, a book has been published documenting the creation of the 5 DCS Chapters. It also contains the story of THE BALVENIE and the wisdom of David C Stewart. Global Brand Ambassador Dr. Samuel J. Simmons and David C Stewart have worked closely together to create this book. 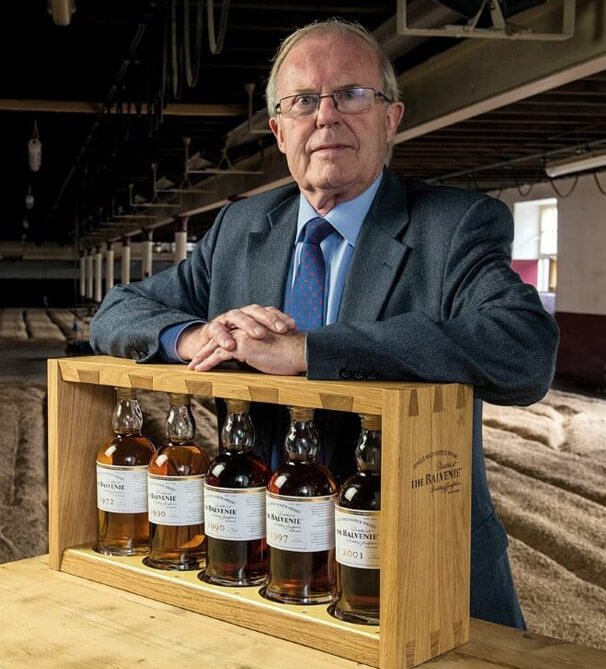